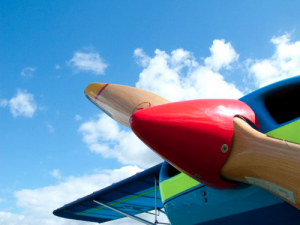 There are many differences that distinguish the arrival of a child one from the other as they are brought into this world. One thing that is not up for grabs is the miracle of birth that accompanies each and every child.

If ever a miracle existed, the birth of a child has to be near the top of the list. After a very long wait—a protracted caterpillar stage if you will–and finally having my first child, a son, watching his arrival into this world as his full head of black hair crowned, I was filled with an inexplicable wonder unlike anything I had ever imagined. Albert Einstein said, “There are only two ways to live your life. One is as though nothing is a miracle. The other is as though everything is a miracle.”

Along with this miracle of birth comes the greatest gift imaginable: the gift of complete and perfect development . . . which is unlimited potential. The Hebrew Old Testament reveals in Genesis 1:26-27, “Then God said, ‘Let us make man in our image, in our likeness’ … So God created man in his own image, in the image of God he created him; male and female he created them.” Wow! What an auspicious beginning we humans have . . . patterned after the Creator of the universe, full of unlimited creative potential. In Wendell Berry’s, Life is a Miracle: An Essay Against Modern Superstition, Berry posits, “It is easy for me to imagine that the next great division of the world will be between people who wish to live as creatures and people who wish to live as machines.” Ah, the creature, glorious, magnificent!

Jesus famously said to his disciples in the Christian New Testament, John 14: 12 “Very truly, I tell you, the one who believes in me will also do the works that I do and, in fact, will do greater works than these, because I am going to the Father.” All the miracles, all the selfless acts, and Jesus says to His disciples they will do greater. We must remember these were by and large simple uneducated men. Peter and his brother Andrew were fishermen. James and his brother John were sons of Zebedee who was himself a fisherman, and who they would have carried on with that trade after their father. Matthew (also known as Levi) was a tax collector for the Roman occupiers. Simon the Zealot was a political activist, although that was not his ‘profession’ as such. It is believed that Judas Iscariot (the one who betrayed Jesus) was possibly involved in monetary matters (an early type of ‘banker’ or ‘accountant’) as he was the purse-keeper for the disciples. As for the other five, the other Judas, the other James, Philip, Batholemew (also known as Thaddaeus) and Thomas no-one knows as their jobs are not mentioned in the Bible and there is insufficient evidence to speculate as to what they might have been. Simple men, doing greater than the world’s most famous man! The late giant of positive thinking, Zig Ziglar, said, “Man was designed for accomplishment, engineered for success, and endowed with the seeds of greatness.”

You have the seeds of greatness inside of you. Not a bad start!