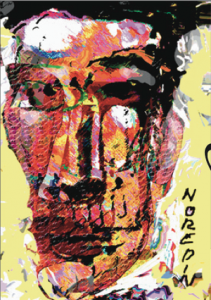 “He died killing and he killed dying!”

I recently watched “A Matador’s Mistress”, with Adrien Brody and Penelope Cruz . . . a wonderful little film, beware of nasty reviews. It gives us a window into the life of the great toreador—Manolete. Think what you will about bullfighting, corrida de toros in Spanish, the sport has cultural roots that predate Hemingway. The Mesopotamian classic, The Epic of Gilgamesh, amongst the earliest surviving works of literature, records an ancient bullfight. From historical sources we know that the Cid Rodrigo Diaz de Vivar was the first Christian to vie with the Arab Knights in the sport of killing fierce bulls, spearing several from his horse in the year 1040, to the enthusiastic admiration of Ferdinand I of Castile. 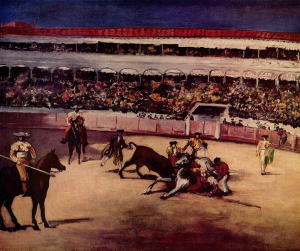 The morality of the bullfight (Catholic Encyclopedia)
Bull-fights have occasioned many accusations of barbarity against the Spaniards.

The reason for this is, first, an utter ignorance of a game in which man with his reason and dexterity overcomes the brutal strength and ferocity of the bull. Foreigners as a rule think that the Spanish populace go to the bull-fight to witness the shedding of human blood. This is false. Generally there are no casualties; and when an accident does occur, no one derives pleasure from it; on the contrary, all deplore it. Second, the misconception implies a lack of comparison with other spectacles. The risks taken by acrobats, tight-rope dancers, and tamers of wild beasts are no less barbarous than those of the bull-fight, although the performances themselves are less diverting. And prize-fighting is surely much more brutal, seeing that the vanquished is a human being and not a brute. Lastly, the modern theatre is frequently more evil in its effects than bull-fighting, which, whatever else may be said of it, arouses no immoral or anti-social passions. Bullfighting is not for everybody